Members of the LRTA Executive Committee 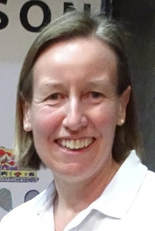 Katie joined the Executive Committee in 2018 and was elected as Chairman in 2019.  She took up real tennis over 10 years ago in Oxford and got hooked almost immediately (once she worked out that the ball is not quite as bouncy as a lawn tennis ball!).  Katie is looking to build on her success in 2018 having won the Billy Ross Skinner, Mixed Handicap doubles and French Handicap singles tournaments.  She enjoys playing in tournaments around the world and loves the unique camaraderie that real tennis has to offer.
​
Outside real tennis, Katie was previously chairman of North Oxford Lawn Tennis Club where she continues to play and in her professional life is a chartered surveyor with her own business in Oxford. 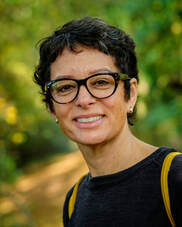 Sarah Sullivan  -  Treasurer
​
Sarah has been playing real tennis since 2005, following her husband after he was persuaded to have a go whilst drinking at the local pub.  She has won the Div II LRTA Handicap Singles and Doubles and she and her daughter have won the Mothers & Daughters.  Sarah has served on many committees over the years - NCT, school, Scouts, conservation societies etc - and, for seven years, was tournament secretary then entertainments manager at Hatfield House Tennis Club where she is a member.  Sarah’s day job is running the office of a small architects' practice and also working for a timber mill and joinery doing a bit of bookkeeping, but mostly selling timber.  In 2019 Sarah was co-opted onto the LRTA executive committee and elected Treasurer the same year. 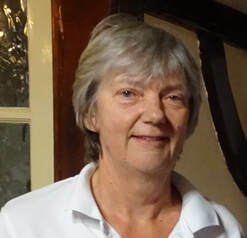 ​I discovered Real Tennis by accident in my fifties.  My husband was introduced to it by a squash friend and I decided to go and have a look one day.  I had enjoyed sport at school but stopped when I started work and was looking for a new challenge as I headed towards retirement.  I am now addicted and want to encourage all those other ladies who gave up sport when work and family took over and are ready to start again.
​
Di was elected to the Executive Committee in 2019 and as Membership Secretary in 2020. 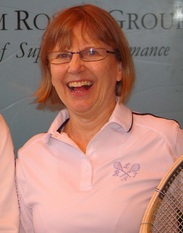 Linda is a Cambridge member who's played Real Tennis for over 15 years as has her husband Jeremy.  On the Committee her main job is to edit the Newsletter.  Her background is as a broadcast journalist and presenter, working in Africa and Saudi Arabia as well as London and Cambridge.  Jobs include 16 years as a newsreader and on-screen reporter for ITV Anglia, as well as stints with the World Service, British Forces Radio and BBC local radio.  In fact, her first step on a Real Tennis court was job-related, for a radio piece at Queen's done in 1978, but it took another 20 years to get going properly.  She is now semi-retired, but still does some political reporting and is Cambridge University's media trainer.  Her son plays tennis, but alas neither of her daughters despite urging.  Other sports are skiing and riding. 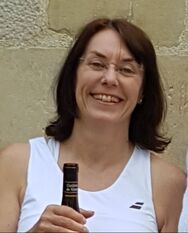 Candida first came across Real Tennis when she was at school, but only a small group of boys were taken to the Royal Tennis Court to play!  About thirty years later, after being a committed squash player, she started playing at Holyport and was hooked from her first time on court.  She had great ambitions to rapidly reduce her handicap, however she says her enthusiasm outweighs her ability on court.  Candida now plays at the Oratory and Hardwick House.

Candida’s professional background is in Electronic Engineering and Technical Business management and she now runs her own small business.  She is also involved with two other "not for profit" organisations.

Candida was co-opted to the LRTA Committee in 2013 and elected as a full member in 2015.  Her technical expertise, as well as her enthusiasm for the game, are extremely valuable. 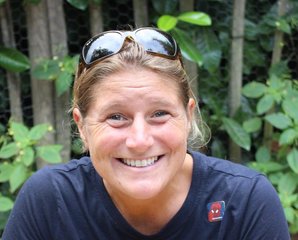 Juliette started playing real tennis in 1998 when she was entered in to a tournament, without her knowing by her Mum and Jonathan Howell and from there she was hooked.  In the early years she was an avid real tennis player travelling to Australia, America and France to play in all of the Open tournaments but unfortunately in recent years small children have got slightly in the way of that.

Juliette was co-opted on to the Executive committee in 2016 and is in charge of the bursary scheme.  In addition to this she is the Chairman of Oratory Real Tennis Club.

In her professional life, Juliette run’s her family’s Architectural Ironmongery business, that’s when she isn’t running around after the little ones! 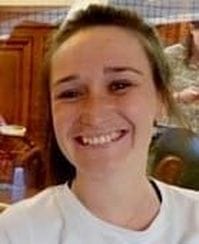 Clare discovered real tennis by accident in 2012 whilst running a summer school in Oxford.  As a lawn tennis player she has struggled to eradicate topspin entirely from her game, but has hopes of succeeding one day.

Whilst a DPhil student at Oxford she played for the Blues varsity team against Cambridge, but since 2015 has reluctantly had to embrace being part of the ‘senior’ club at OUTC.  In the last few years she has played real tennis in France, Australia and America (fingers crossed for that elusive New York court).

​She was co-opted onto the Committee in 2016 and aims to promote the game amongst younger women players.
Return to top of page