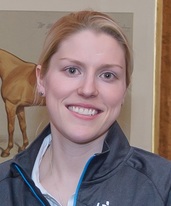 Claire is the top rated (handicap) lady player in the world and the only one with a single figure handicap, her best being 2.4  -  she aims to get down to scratch.  In 2011, Claire became the youngest ever World Champion at the age of 19, winning the singles and also the doubles with her sister Sarah.  Claire has won 19 Ladies Open Singles Championships and 18 Ladies Open Doubles Championships.  She won both a singles and doubles Grand Slam in 2010, 2012 and 2014 and a Singles Grand Slam in 2011.
Claire turned professional in 2011.  She spent a year as Head Professional of Prested Hall Real Tennis Club before joining Holyport Real Tennis Club as the Senior Professional in September 2014.  Claire made history in November 2014, becoming the first lady to compete in the British Open and also competed in the US Open 2015  - another first.  She was also invited to play in the French Open 2015 and Australian Open 2016 but declined due to her pregnancy.  She continues to break down barriers and to push the top of the ladies’ game to new limits.  With the arrival of baby Sophie, Claire has become a mother - another first for her! 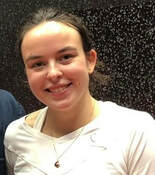 Lea, 23, started playing squash in Toulouse, France, at the age of eight and went on to play both for club and country.  Highlights of her junior career include captaining the under 19 women’s French team during the World Junior Championships in 2013 and winning the under 19 National French Championships in 2015.  She has now switched her focus to the original rackets sports games of rackets and real tennis.  She is the current ladies rackets world champion, a title she has held since 2015, and is ranked number two in the world at real tennis – all while juggling training and competition with her work as a final year Economics and German student at the University of Nottingham!  Since taking up Real Tennis at the Queen's Club in June 2017, Lea has won The Queen’s Club Ladies Championships twice and consistently made at least the semi finals of various prestigious tournaments, her biggest achievement to date is perhaps climbing up the ranking from world number 16 in November 2017 to number two by August 2018 in a record time of just under ten months.
April 2019 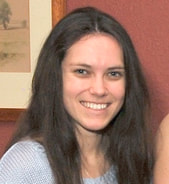 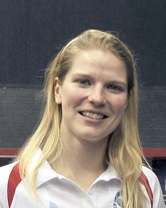 Sarah, along with her sister Claire, is dominating the international real tennis doubles tour  –  they are currently the Ladies Doubles World Champions and British Open Champions.  Sarah also won the LRTA International in 2014.  Sarah took up real tennis at the age of 14, playing at Prested Hall, and continued to play at Cambridge University where she achieved three Blues for real tennis, football and athletics.  She won various junior titles and has played in multiple finals of the World Championships as well as all other Ladies Opens.  Sarah is driven to continue competing through a love of real tennis and balances this with full time work in consulting in London.
​
May 2016

Penny is currently the only player to feature in both the Past Champions and Current top players’ pages of our website -  an extraordinary achievement.

Following her previous great tennis career, Penny is still very much enjoying playing and competing in tournaments, seeming to have been given a new lease of life after encouragement from her daughter Tara to continue playing singles.  Penny won the US Open Singles Title in 2014, together with the US Open Doubles title with Tara, and the French Open Singles in 2015.  She also recently retained the Ladies’ Masters Singles title.  She is training for a 10K Race for Life run in June this year as well as working full time.
May 2016 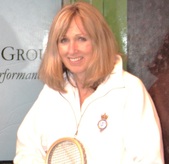 Sue Haswell was a former junior international lawn tennis player, who came to Real Tennis in her late thirties.  She became the World Singles Number 2 for many years and was the World Doubles Champion, partnering Penny Lumley. She won the British Masters title in 2011 and 2012.   Sue reached the semi-finals of the Over 50s Singles and Doubles of the World Masters in 2015.  In the past she has run Real Tennis Masterclass coaching weeks at Bordeaux, with the closing of the court there she now runs courses at Fontainebleau.  Sue runs her own business but tries to play at her home court (Hampton Court) as often as work and other commitments permit.
June 2015