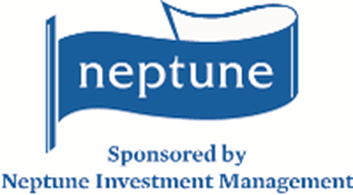 Open Singles holder:  Claire Vigrass
Open Doubles holders:  Claire Vigrass & Sarah Vigrass
Handicap Doubles holders:  Tara Lumley & Jess Garside
The Neptune British Open Singles & Doubles will run as knockout tournaments with a plate for the first round losers, all matches including the plate Singles and Doubles, will be off level.  Seeding will be based on handicaps taken from the Real Tennis Online Handicap System.  The Singles tournament will be limited to 32 entries and the Doubles to 16 pairs.  Both the main tournaments and the plates will be the best of 3, first to 6 game sets.  The format for the Handicap Doubles will depend upon the number of entries and will run alongside the Open tournaments.  Competitors participating in more than one of the three tournaments must be prepared to play more than once in a day but Open tournament matches will be timetabled to be played first, Singles before Doubles.

If you would prefer to play on a particular day and before or after certain times, please state this on the entry form.  Whilst every effort will be made to accommodate such requests, this cannot be guaranteed.  All entrants resident in the UK must be Full (not Social) or Junior members of the LRTA.  LRTA tournament rules will apply and all on court clothing must be predominantly white.  Throughout the Championships the club bar and restaurant will be open at the usual hours.

The LRTA AGM will be held at Seacourt Tennis Club on Saturday 12th April at 6.30 pm before the Championships Dinner at 8.00pm.

Please complete the online entry form below or download a printable version of the entry form by clicking here and send this form when completed with payment to Viv Dawes, (address in the LRTA Membership Book) not to the club.  Payment can be made by cheque (payable to the LRTA) or online to: Ladies Real Tennis Association, Sort Code: 30-99-15, a/c number: 01208890, please use your surname and initials as the payment reference.  No entry will be accepted without payment in full.

Closing date:  Sunday 16th March. The draw will take place at Seacourt during this week.

NO LATE ENTRIES WILL BE ACCEPTED

A copy of the LRTA Parental and U18 Player consent form can be downloaded by clicking here.  Please note that both parent and the U18 player must sign the form and it must be received before an entry from an U18 player is accepted.
Return to top of page