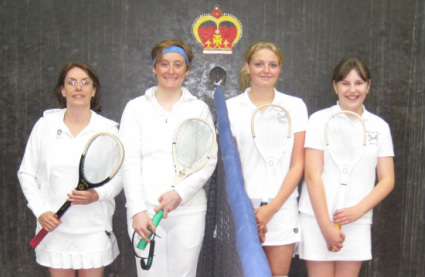 The Finalists
In spite of the Tabley Vase being held on the Bank Holiday there was a good entry of pairs.

In the morning group Candida Nicholls and Liz Leach raced away to win the group whilst Claire Stacey and Jeannie Pigott became group runners up after a slow start against the experienced pair of  Pam Tomalin and  Sarah McGivern.  In the afternoon group Megan Hawkey and Amy Pye,  juniors from Prested won all three matches only dropping 4 games.  The rest of the group battled it out with more even matches with Katy Weston and Diane Binnie going through as group runners –up.

In the first semi-final Candida and Liz raced to a 4 – 0 lead before Katy and Diane could dent their armour. However, Diane the holder and Katy did not want to bow out so easily and with the odd error here and there it was soon 4 – 4. Tight rallies began and it was then 5 – 5.  Two nick serves by Liz, then a couple of chases set and won by Katy and Diane and it was soon 40 all with eventually Liz hitting a scorching return of serve for Liz and Candida to take the set. 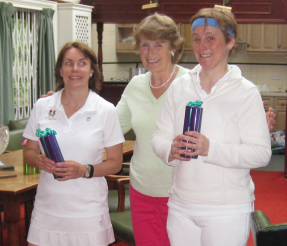 Candida Nicholls, Jill Newby and Liz Leach
In the second semi – final the juniors raced to a 4 – 0 lead before Jeannie and Claire won a game.  Their pace of shots and placement of return of serves accurately into the corner were most effective and they comfortably took the set 6 – 1.

In the final again Megan and Amy’s pace of shot was most effective and forced over-hitting or errors from Liz and Candida. Candida executed some excellent retrieving and her slow serves did catch the girls out. At 3 – 7 down Candida and Liz managed to save 4 match points but good length shots by the juniors won the day 8 - 3. It was a pleasure to watch Amy and Megan play and see how much they have improved since last Autumn. 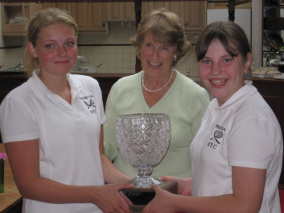 The winners with Jill Newby

Thanks to John Evans for marking throughout the day.


The Round Robin Groups 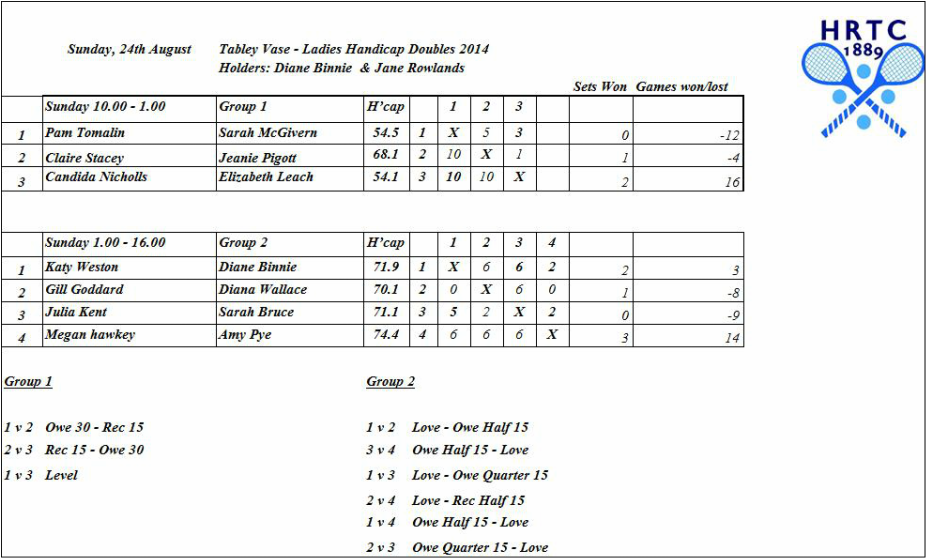 The Knock out Rounds 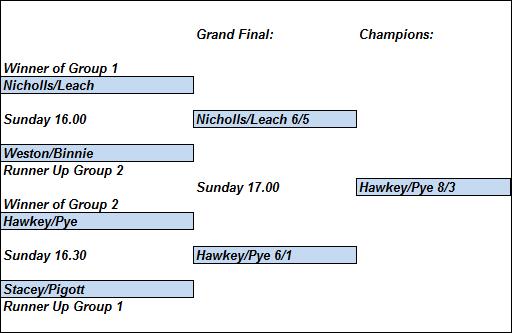