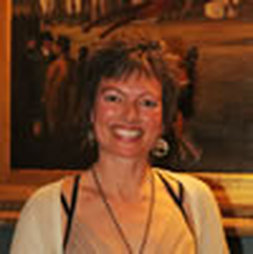 Penny Lumley
The fourteenth annual dinner of the United States Court Tennis Association was held on Friday 9 December 2012 at the Racquet & Tennis Club. By most metrics the event, organized by Brian Owens, was the most successful dinner yet. One hundred and seventy-five people from around the world attended – many were in town to play in or watch the Whitney Cup and others came to support the Association and be a part of its yearly reunion.

It is always special to be in New York in mid-December, and the city and the club sparkled amidst the holiday hustle and bustle. Lexington Partners held their holiday party at the R&T the same evening at the USCTA event, so the entire second floor was overflowing with people, whose voices were accompanied by a live piano player.

After drinks and the silent auction in the dining room, the gala moved to the south lounge where a wonderful dinner took place. Charlie Johnstone was again the master of ceremonies and guided the evening with his usual self-deprecating wit. Peter Pell, on behalf of the Whitney Cup committee welcomed everyone to New York and announced the names of players who were in their first Whitney Cup: Jon Crowell (Philadelphia), Marty Hublitz (Washington), Jason Magna (Tuxedo), Todd Meringoff (Boston) and Spike Willcocks (New York). From the Whitney family, Peter DiBonaventura also welcomed everyone to the eighty-first Whitney Cup, one of the great traditions of tennis in the America.

A number of special guests were recognized, including Jack Hickey, the longtime pro at Greentree where the Whitney Cup was played for the first seventy years of its existence and Allan E. Bulley, III. Allan is the president of the Racquet Club of Chicago and brought greetings from what hopefully in a year’s time will be the newest tennis club in the country. 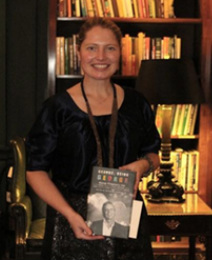 Frederika Adam won the George Plimpton Prize for artistic excellence. Freddy has been the driving force behind the creation of RealTennis.TV, an exciting live on-line streaming team that is helping revolutionize the way we view tennis.

Ryan Carey won the Hughes Slater Cup for contributions to the USCTA. A member of Prince’s Court in Washington, Ryan has long run the Cherry Blossom, one of the signature American tournaments and has been the U.S. equivalent of Freddy Adam by leading the efforts to stream matches live on the Internet.

Peter Regna was in the inaugural award of the Bobby Goodyear Prize for being an ambassador for the game. Out at Tuxedo Peter has for many years billeting players and hosted legendary after-parties

Dan Laukitis won the Most Improved Senior Player award. Dan lowered his handicap by over three points, improving enough to play on Tuxedo’s #2 team in the Whitney Cup. Caroline Lippincott won her second Most Improved Junior Player award, after another fine 2010-11 season. She reached the semis of the Anne Boleyn and almost made it through to the finals (she was up 40-15 at 9-all). In September she won the Lieb Cup doubles (with Jacob Mason).

James Stout won the Professional of the Year award. A pro at the Racquet & Tennis Club, Jamie successfully defended his world racquets title in 2010-11 and made an impact on the pro squash doubles tour. After winning the 2010 U.S. Open in tennis, he cracked the top ten in the world rankings and reached the quarters or better of the next six pro tournaments, clearly establishing himself as a future contender.

P.J. Yeatman won the Boenning Trophy, given for sportsmanship. This was especially appropriate, as P.J. had not only known Dick Boenning for years in Philadelphia but had worked with him on the board of the Preservation Foundation.
Two people were inducted into the International Court Tennis Hall of Fame. Penny Fellows Lumley, MBE became the second woman to enter the Hall (Betsey Whitney was the first in 1995) and one of the greatest female players in the history of tennis. She won the ladies’ world championship singles six times and doubles seven times. (Two years before winning her first world title she lost 6-0, 6-0 in the quarters of the world championships.) As the dominant woman in the 1990s, she got her handicap down to a 10.3, the lowest ever for a woman at the time. Penny won the British ladies’ singles twelve times and the doubles ten times; in the U.S. she won six ladies’ singles, six doubles (with Evelyn David, Fiona Deuchar and Jo Iddles) and one U.S. mixed (with Kip Curren).

The twenty-sixth inductee into the Hall was also its youngest, forty-two year-old Robert Whitehouse. The head pro at the Racquet Club of Philadelphia, Rob grew up in the East Falls neighborhood. His mother's brother is Ed Noll, who brought Rob into the club as an assistant on the fourth floor in 1983 when he was a freshman at Roman Catholic High. He worked for four years there, thus becoming the last of a very long and distinguished line of pros who were mentored (and growled at) by Jimmy Dunn. In 1990 during his junior year at West Chester University, Rob was asked by Noll if he wanted to come back to RCOP as an assistant pro.

During his quarter century of service in Philadelphia, Rob has coached eight Whitney Cup winning sides and taught many hundreds of people the game of tennis. As a player he has won the Jimmy Dunn doubles six times, been a finalist once at the Pell Cup, has captained the Philadelphia team to victory in the National League. Having played in seventeen U.S. Opens, he once reached the finals of the Open doubles. His best handicap was a 1.7. In squash doubles, Rob has also been a top player, reaching the finals of prestigious invitationals like the Gold Racquets, the William White and the Silver Racquets.

After the awards, Charlie Johnstone auctioned off fantastic opportunities for golf, fly-fishing, shooting weekends. Along with the needlepointed belts, Robert Manice prints, Barbour jackets and Alton Lane custom shirts in the silent auction, it was a success: $37,500 pledged from the live auction and $7,000 from the silent auction. 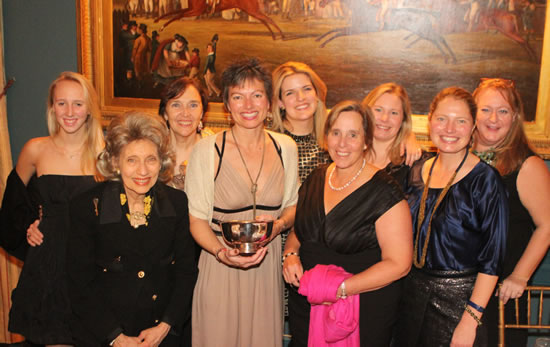