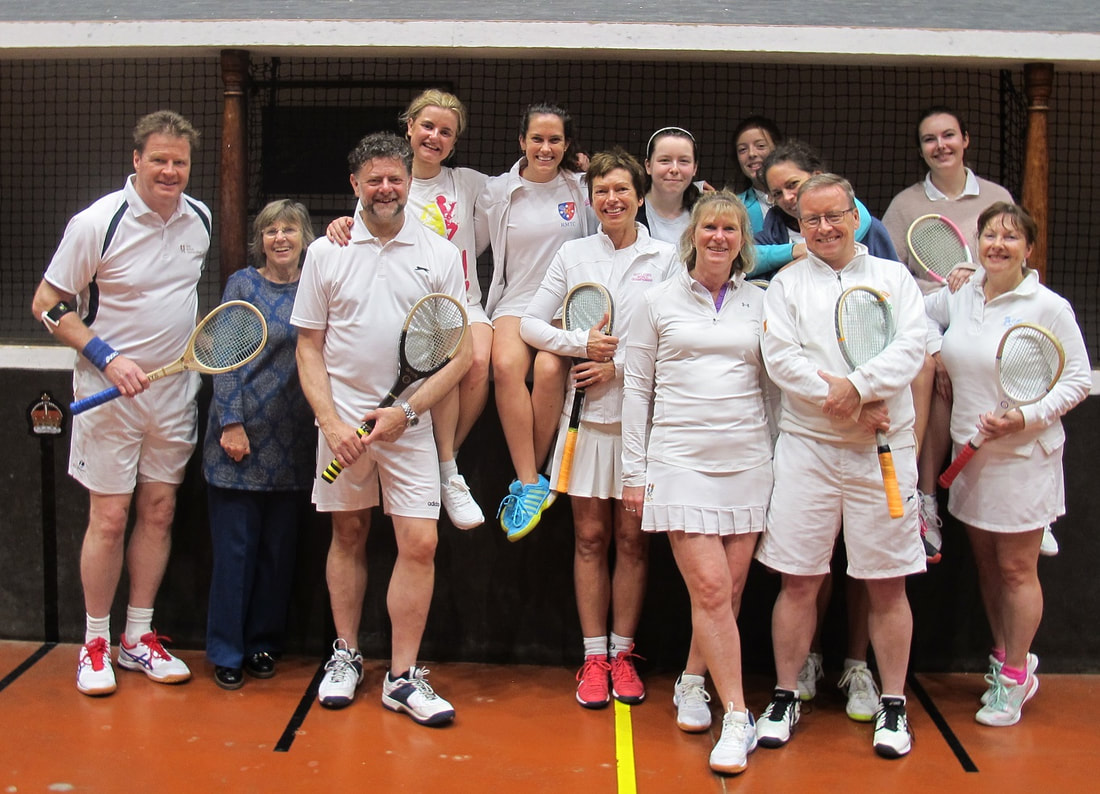 In the gallery: Caitlin Baty, Tara Lumley, Hannah Lucey, Belle Harvey, Jess Walker. Standing: Graeme Marks, Linda Fairbrother, David Baty, Penny Lumley, Peta Louise Jeffrey, Vix Harvey, Vince Lucey, Kim Walker
The newly re-juvenated family tournament, now to be known as the 'Relatives' instead of the 'Mothers and Daughters', was indeed a very happy affair.  Six pairs in all sorts of combination -  brother and sister; father and daughter; mother and daughter, etc - all played each other on the Hardwick court.

The handicaps were wildly apart - the biggest gap was 47 points! - but play was splendidly enjoyable and competitive.

Winners were the Luceys, father Vince and daughter Hannah, who beat the Lumleys, mother Penny and daughter Tara, in the Final.  At 5 all, the score after the first point went to 40/owe 30 against Penny and Tara, followed by Chase Last Gallery, with Penny serving.  But Vince Lucey played a cracking shot into the corner, and that was that.
​
Huge thanks to Hardwick, to Tara for organising and Penny for the catering.  A third Lumley, dad Colin, also marked superbly for the whole day. in a very difficult line of matches with 'interesting' handicaps to stay on top of.