(The Match Results pages for previous years can now be found via the appropriate Archive pages.) 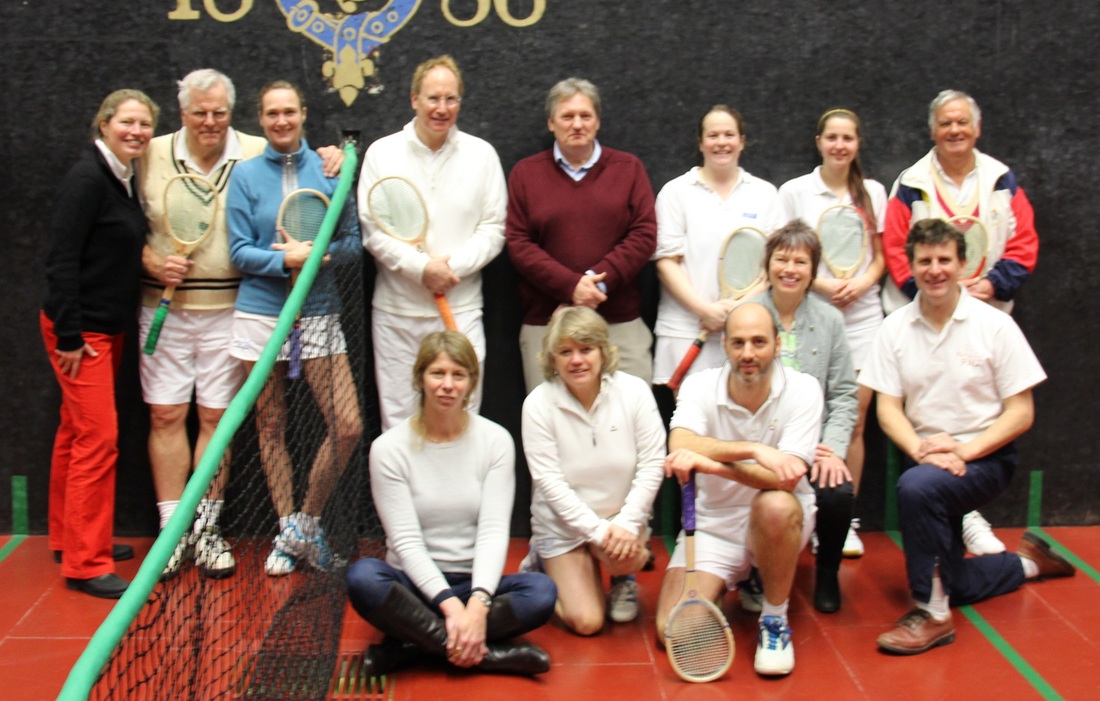 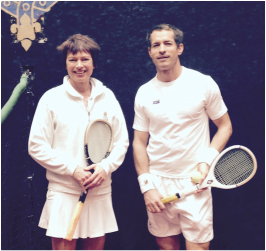 Penny Lumley and Nick Warner
The new championship court dedans at Queen's was busy from the start for this popular fixture.  First on were Penny Lumley and Nick Warner which was a joy to watch.  The sets were much closer than the score suggests with Penny winning three forty-all games to take the first set 6-1.  Nick then won three forty-all games to win the second set 6-1 and carried on with this momentum to win the third 6-3.

Tiffany Fielden and Simon Berry then played an incredibly close match and started the 5-5 score line that would become a feature for the day.  "It's five all" became the catchphrase call from the dedans with the resulting "oohhs and aahhs" from the audience.  Tiffany came through 6-5 in the third. 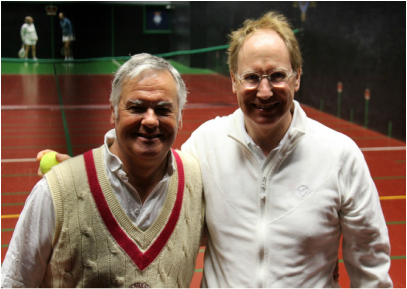 David Mills & Nick Browne (why no photo of the pretty ones? Ed.) Photograph by Frederika Adam
Tiffany Fielden and Elvira Campione were next up against David Mills and Nick Browne.  Nick was always going to be a tough opponent fresh from his singles victory at the Queen's Weekend the weekend before.  He and David made a strong pairing and although the second set caused a cry of "it's five all", the T&RA won it and the match to level the fixture at two matches all.

The final match saw Freddy Adam and Caroline Janes take on Marek Stefanowicz and Michael Ligens.  The T&RA played a strong game with few mistakes to get into a 6-4 5-2 winning position.  However "it's five all" was to be heard again and the ladies fought back to take the second set.  By this point we had overrun our court time and the third set was started at a nerve wracking 4-4.  The T&RA went 5-4 up, the LRTA came back to level the set and went on to win from the service end.  Another three set win and with it an overall victory for the LRTA.
A fun day of tennis with nine of the fifteen sets going to 5-5 and lots of support from the dedans.  Thank you to Simon for organising the T&RA side, to Jill Newby for organising the LRTA side and to the T&RA for providing the wine.
Caroline Janes

Many thanks to Caroline for an excellent and entertaining report and the unattributed photographs. 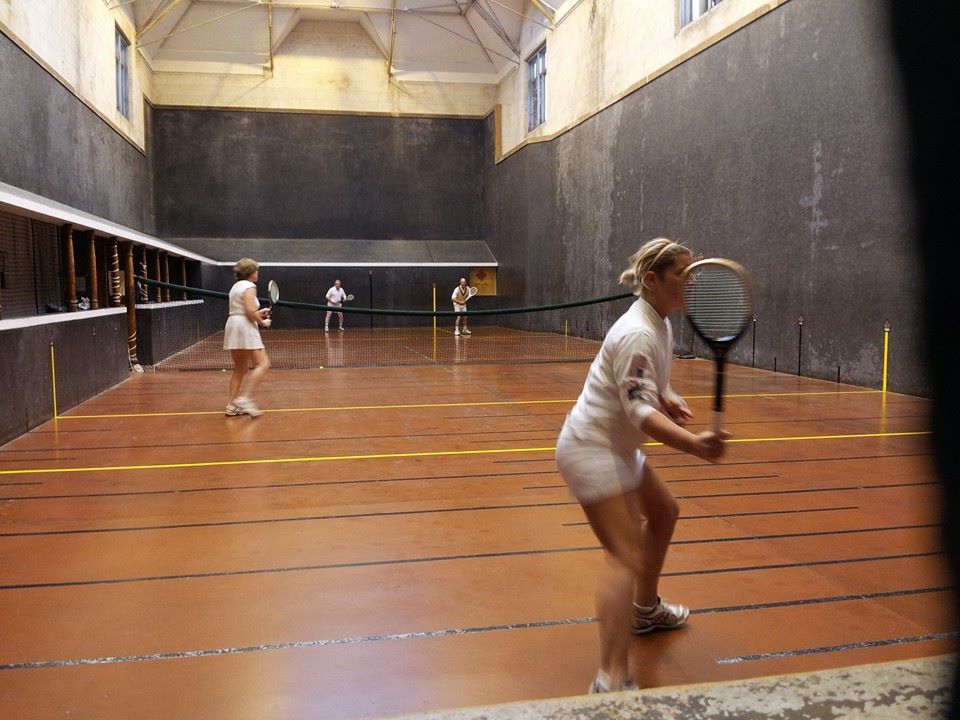