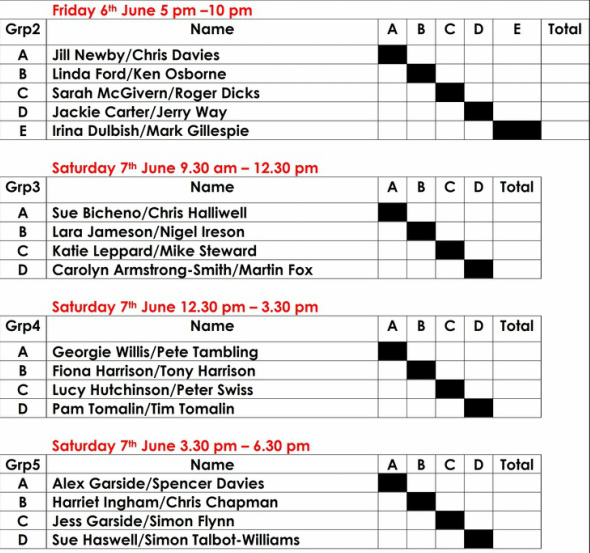 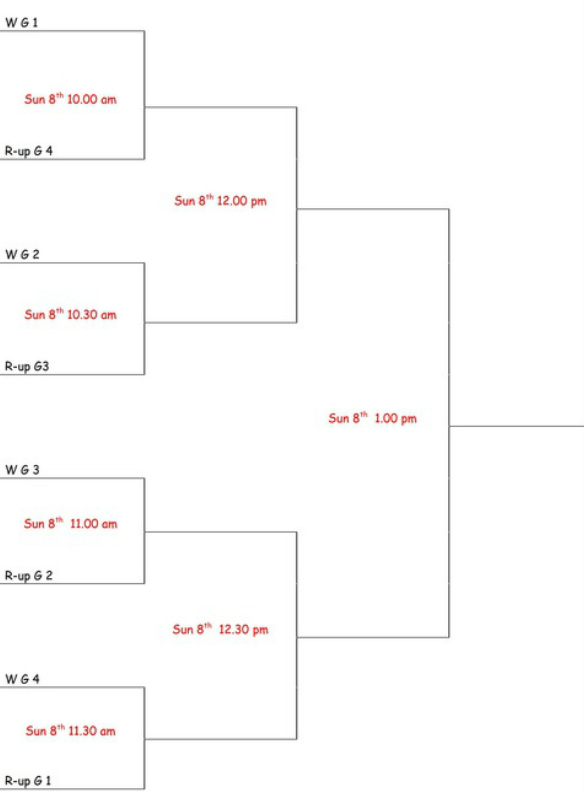 3        The winner and runner-up from each group will go through.  They will be decided by:

4        Players late on court are liable to be scratched from the tournament dependent upon the time allowed.