Claire Fahey and ​Lea Van Der Zwalmen along with Rob Fahey and Jamie Murray all feature on the PlayBrave “new” website. This is great exposure for Real Tennis and rackets. If you are interested to know more, you can visit the website here and get to know our champions better through the Q&A.
​ 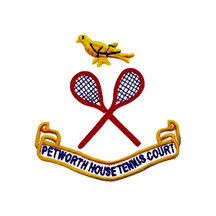 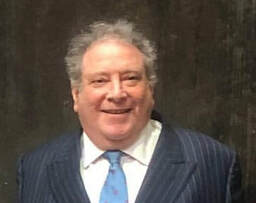 We are very grateful to Peter Luck-Hille who is very generously sponsoring the Ladies British Open again this year.  The Open has been an annual event since its inauguration in 1978 and Peter is keen to see well-established tournaments continue.

​Peter always wanted to build a new court and this dream was realised in the shape of MURTC, Middlesex University Real Tennis Club.  Construction started in 1998 at the Middlesex site: the first balls were hit on the court in October 1999 although the court was not officially opened till the next year.
​
When Peter was asked, several years later, to contribute to the new court at Wellington he agreed, providing he was able to take charge of the design and building.  This he did and today, thanks to Peter, Britain boasts two courts built to an exceptionally high standard, beautifully consistent – due in part to the minimum number of different materials used in construction - and wonderful to play on.

This, for Peter, is the most important aspect of building a court: the initial cost is high but the maintenance is then low.  Consequently, these two courts are made of reinforced concrete and will last for hundreds of years.  “People come and go but courts are there forever”, he says.

Peter is also a benefactor of the Dedanist Foundation, a charity which promotes tennis among juniors, providing coaching days and an inter-club tournament for young players, the Peter Luck-Hille Cup.

Beard sponsorship of the Girls U21 Handicap Tournament

The court at Wellington College built by Beard
​Mark Beard says about his sponsorship of this tournament:

"Like so many others who have played and thoroughly enjoyed real tennis, it did not take much for Juliette Tomlinson to convince me to provide a little financial support for the LRTA under 21 tournament.  After 25 years of playing real tennis, I am delighted to be able to give a little back to this wonderful game, from which I have drawn much fun, made many friends and woken up the morning after playing with more stiff muscles than I knew my body had!

I wish the LRTA and all who participate in the LRTA under 21 tournament over the next three years the very best of luck, fun and friendship.

For those who are interested, a little about the company I run:   Beard is an award-winning, £140 million turnover construction company which operates across the South of England and this year we are delighted to be celebrating 125 years in business.  With offices in Oxford, Swindon, Bristol and Guildford, the company undertakes design and build, new build, restoration and refurbishment on a range of projects, including complex projects, up to £16 million in value.  Established in 1892, the family-owned company has significant expertise in building for the healthcare, arts and culture, commerce and industry, education, ecclesiastical, elderly care, sports and leisure and defence sectors.  Recent projects have included the construction of the new real tennis courts at Radley College and Wellington College along with the recently completed Nazrin Shah Building for Worcester College, which has just won an Oxford Preservation Trust Award in the new building category."

The Tennis and Rackets Association (T&RA) now has charitable status so all members over the age of 21 are invited to complete and return a Gift Aid form.  This will permit the T&RA to reclaim additional income from your membership subscription; in turn helping them to further promote and support Tennis and Rackets.  An important advantage to you is that, if you are a higher-rate tax payer, you will be able to claim additional tax-relief.

If you haven't already completed a Gift Aid form for the T&RA, you can click here to download the form which can be signed and returned to the T&RA office or scanned and emailed back to membership@tennisandrackets.com.

​​The LRTA encourages its members to join the T&RA as well as the LRTA.  Members of both associations can receive a concession on their T&RA subscription so that they are not financially disadvantaged by being members of both.  Contact the LRTA Membership Secretary for more details (see under About the LRTA/Who does what? for the name of the current Membership Secretary).  Information about joining the T&RA can be found on the T&RA website:  ​https://www.tennisandrackets.com/general-join.aspx