Sponsored by:  The Handpicked Collection and an Anonymous Benefactor

Groups are as follows (handicap at the date of the draw in brackets  -  handicaps will be checked on and updated from the National Handicap system as close as is practicable to the tournament start). Maximum handicap is 70 for the singles and there is no handicap maximum for the doubles.  Please note that as singles/doubles handicaps are different, there are a few people who may be in one division for singles and the other division for doubles. 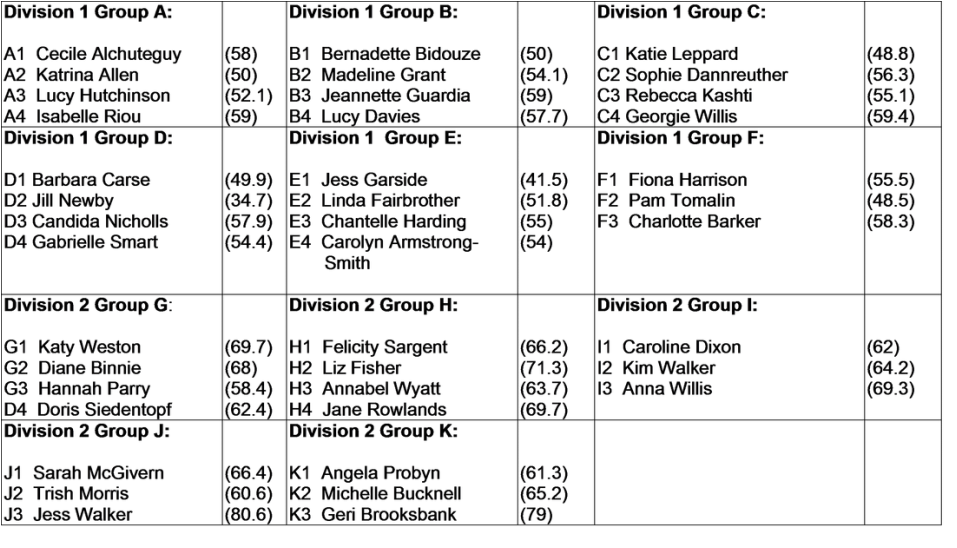 Return to top of page
Please note the following:

Players should wear predominantly white clothing.  Players must arrive AT LEAST half an hour before their match.  We are playing to a TIGHT SCHEDULE. For each two minutes a player is kept waiting for her opponent on court (even if the match starts early and is within a quarter of an hour of the scheduled time) a game will be awarded to the waiting player.  Knock-ups will be limited to two minutes.  The timer for the knock-up will be started as the players in the previous match leave the court.  Please be sure you are ready and waiting to go on court as soon as the previous match finishes so that you do not lose any knock-up time or games.  Matches will not be timed.  The Tournament Committee reserves the right to revise handicaps at any time if necessary.  The decisions of the Tournament Committee are final.

The Saturday Tournament Dinner will be held at the Club at Leamington, at 8.00 for 8.30pm.

Tea and coffee will be available at both clubs during the tournament. Refreshments will be on sale at Moreton Morrell only on the Saturday.  There is a wide choice of sandwich/snack bars in Leamington Spa which will be open all over the weekend.

Good luck to all of you and do hope you have a lovely weekend. 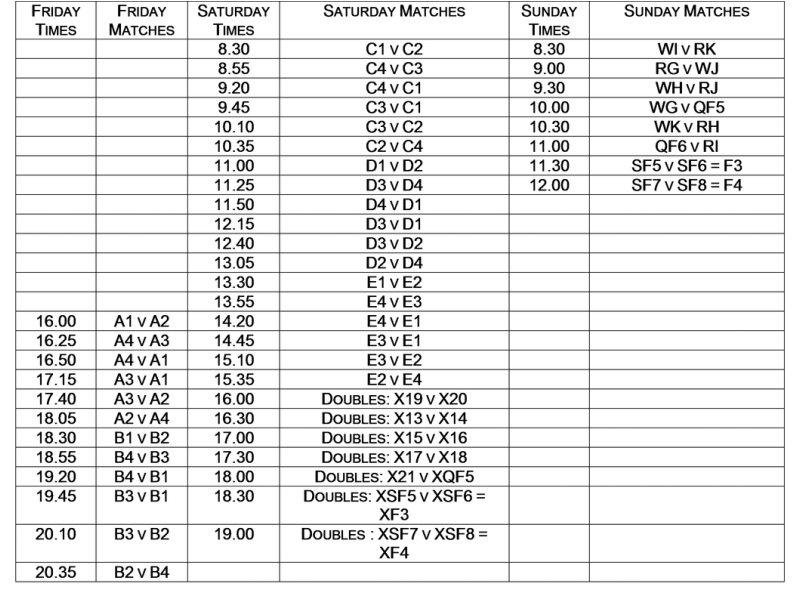 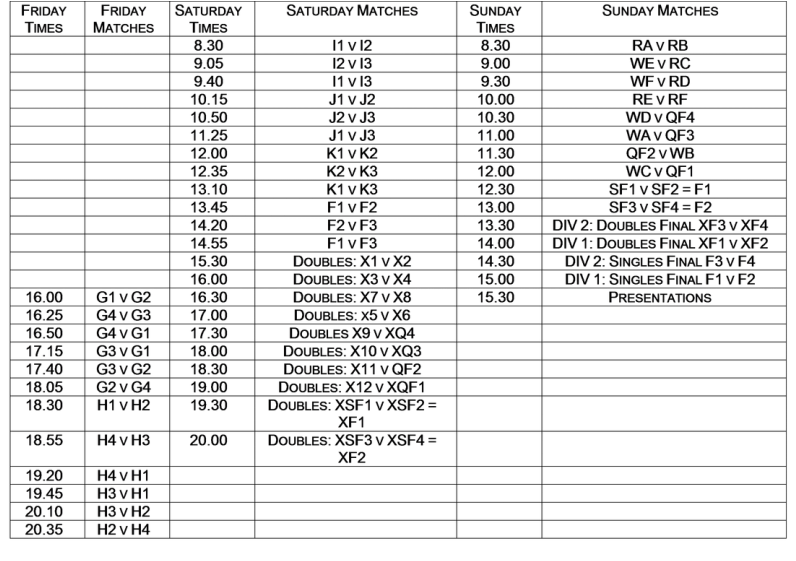