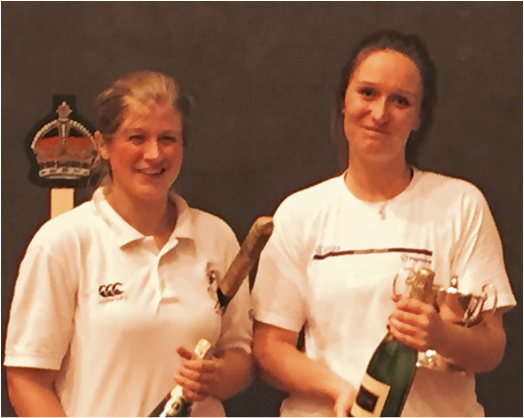 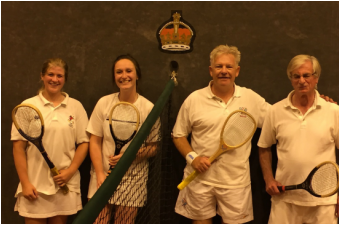 The Finalists
​After an atmospheric drive through Whitchurch-on-Thames in Patrick Green’s open-top sports car, we arrived at the Hardwick estate in glorious sunshine.  We were warmly greeted by Malcolm Thorp and his wife Victoria and met a number of other friendly characters from the various peripatetic clubs taking part in the tournament (we had already managed to bump into Marek Stefanowicz’s wife on the train from Paddington – as ever the real tennis racquet is a classic giveaway).  Our first match was against the Irish Real Tennis Association, in the shape of two alarmingly sporty-looking young men called Roland Budd and Jack Woods.  In this match, as in all the rest, a decent handicap advantage helped us on our way, but the IRTA were very sharp indeed on court and we had to volley with even more gusto than usual to force them to a 6-6 draw. (We had omitted to read every detail of Malcolm’s colour-coded emails and so were quite surprised to find out we were playing 45-minute matches against the clock.)  We were back on court immediately to face the Bar Real Tennis Association and generously repaid Patrick for his kindness in giving us a lift from the station by beating him and his partner John Dagnall 13-2.  Patrick and John assured us that they wouldn’t hold it against us.

We were rewarded for our efforts with a truly wonderful lunch cooked by Victoria (one of our all-time top five lunches) and worked some of it off with a light stroll down to the banks of the Thames.  Hardwick House, glittering in the sun, looked more like Toad Hall than ever and we thought fondly of Rat and Mole and their riverbank japes.  On returning to the court we discovered to our glee that we had made it through to the tournament semi-finals and were up next to face the Jesters.  Having watched Fred Satow and Ronald Paterson playing earlier, we reckoned that this was probably the end of the road for us.  But after a motivational pep talk from Marek we managed to steal a 6-2 win by grimly never letting go of the service end if we could help it (and pulling off some fairly outrageous trick shots off the tambour whenever we were forced down to the receiving end).  The final was against the wonderful Brigands, Malcolm and Andrew Falk.  They themselves said that it was bad form for the tournament organisers to have made it so far through the competition, so we were only really doing them a service by coming through to win the title 6-1.  After the trophy and champagne presentation, Victoria served up a glorious four-course dinner for 18 of us, featuring a salmon terrine and pheasant casserole.  Malcolm was an expert host and passed the port with gusto.  We had a truly marvellous day and felt very pleased indeed to sneak off with the Brigands trophy for the LRTA on our first time in the competition.  We have promised to return to defend our title next year!
Clare Bucknell 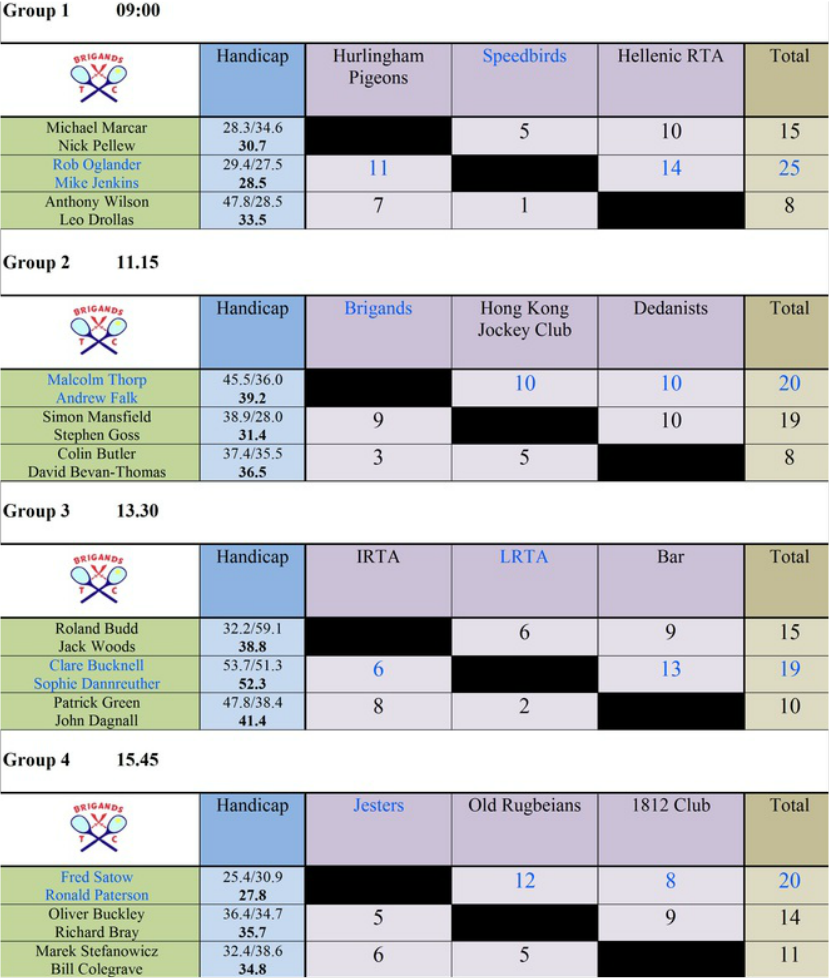 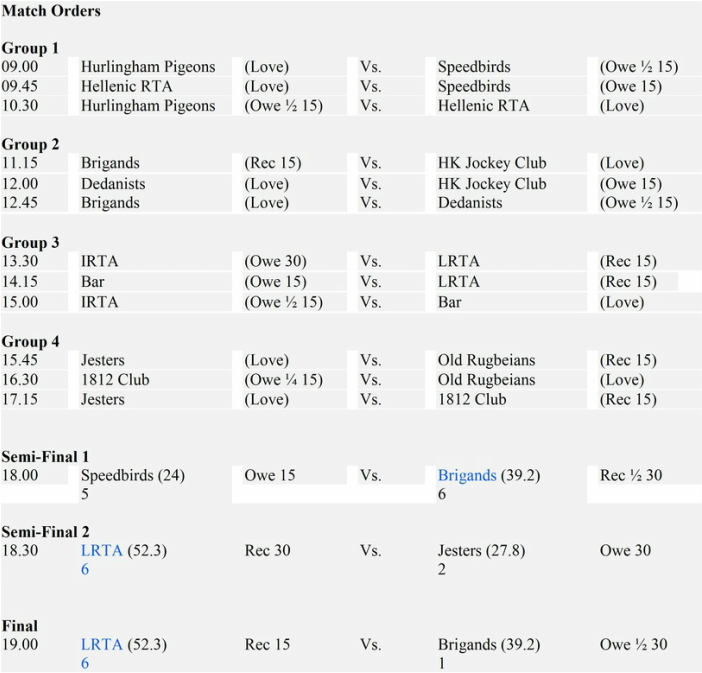